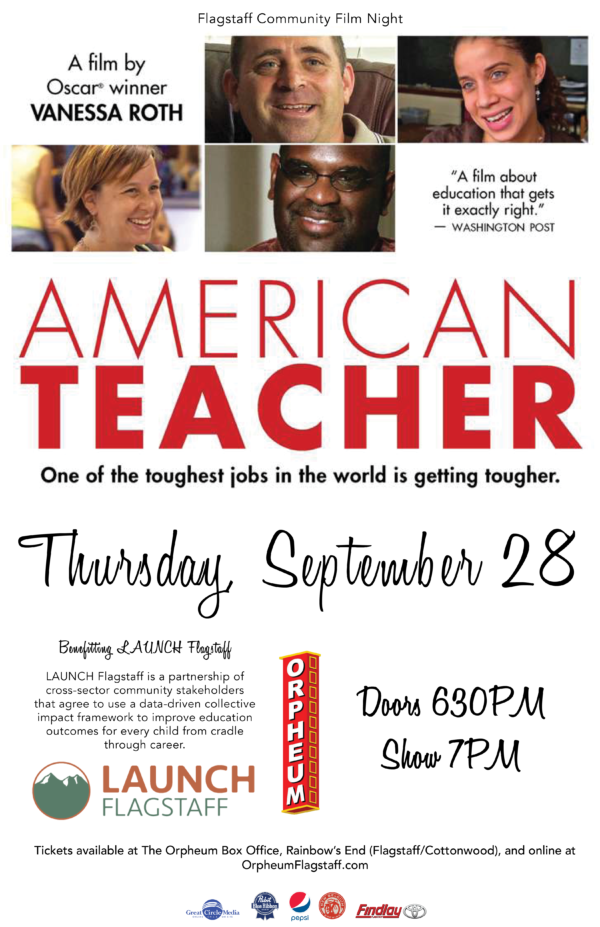 American Teacher uses a large collection of teacher testimonies and contrasts the demands of the teaching profession alongside interviews with education experts and education reform news from around the country. There are four principal characters in the film whose lives and careers are closely portrayed over the course of several years. Alongside the stories of these four characters is interwoven a mixture of interviews with teachers, students, families, and education leaders, as well as animation conveying startling facts surrounding the teaching profession.

Tickets are available at:

The Orpheum Box Office, Rainbow’s End, and online at OrpheumFlagstaff.com

For more educational events that my not be listed here, visit Flagstaff365.com