A standing room only crowd packed the McGee Auditorium last night for the Northern Arizona premier screening of the documentary film Teaching in Arizona.  The film follows three Tucson educators in an intimate portrait of what it’s really like to be a teacher in Arizona today, torn between their love for the children they teach and the realities of living on some of the lowest teacher salaries in the nation.

The film was produced by Tucson Values Teachers (TVT) and directed by Lisa Molomot, a documentary filmmaker and professor at the University of Arizona.

The median number of hours a teacher in Arizona works each week is 57, which means they work a full year in just 40 weeks”.

– from the film Teaching in Arizona

“One of the biggest misconceptions of the teaching profession is that teachers work part-time, until 3pm with weekends and summers off,” said Molomot. “What I learned following these teachers for over six months is, this could not be further from the truth.”

The film depicts teachers waking before sunrise to get a jump start on their day, making phone calls to parents well into the evening, working second jobs on the weekend, and working over the summer in professional development training.

“We need to value teachers,” said Colleen Niccum, CEO of Tucson Values Teachers.  “This means both respecting them as professionals and compensating them accordingly.”

According to Niccum, the film project began after TVT conducted two teacher workforce surveys, one in 2013 in Southern Arizona and a statewide survey in 2015.

“We decided to put a human face on the numbers and share some compelling stories that truly depict what it is like to be a teacher today,” she said to the audience. 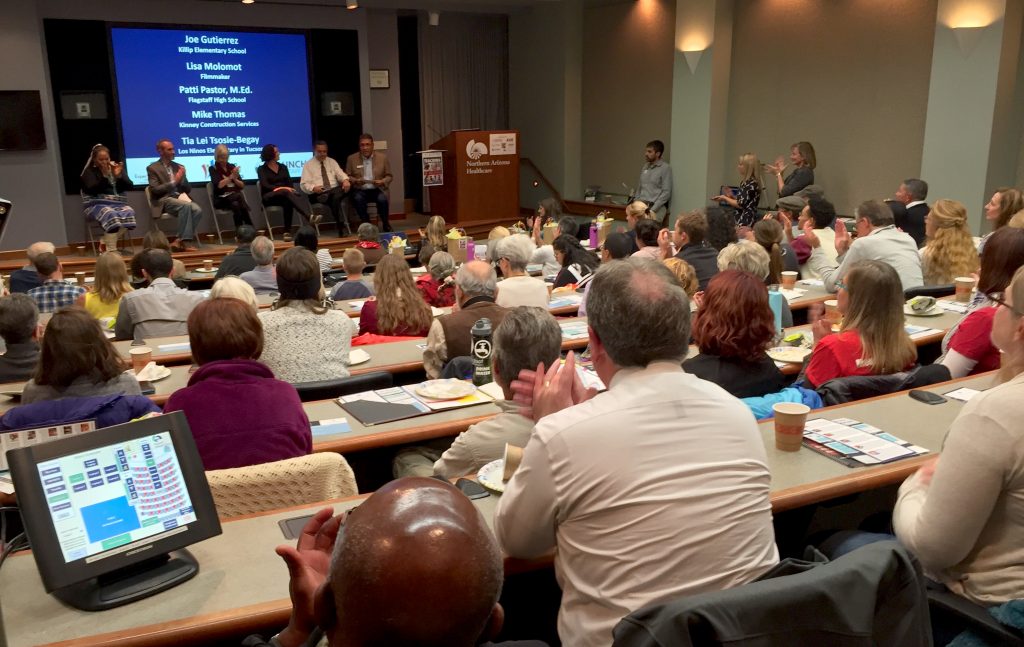 After the film concluded, Arizona Community Foundation of Flagstaff Advisory Board Member, Kimberlie Geile-Gonzalez spoke to the audience and said, “teacher turnover threatens the quality of education our students receive.  We need to bring our community together to advance education at all levels including building support for our students, teachers and schools.”

The evening concluded with closing comments from Christine Thompson, President and CEO of Expect More Arizona.  She recalled some of her own elementary school teachers, recalling their names and describing how they impacted on her life.

Thompson then asked the audience to advocate for elevating the teaching profession by holding them “in the same regard as our doctors, lawyers, or business leaders.”  She called for recognizing teachers as experts and making it a top priority to publicly support them.

“Isn’t this the kind of culture we want to create in Arizona?” Thompson asked the audience. 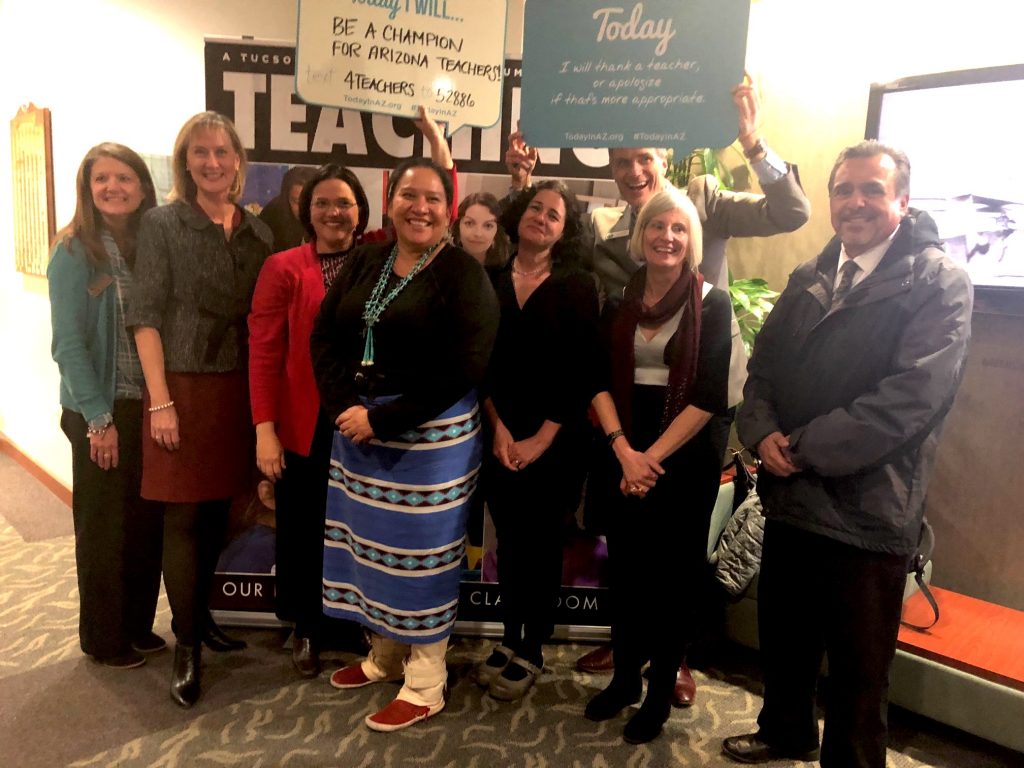 Listen to a KNAU radio interview of Lisa Molomot which aired on October 17, 2018.